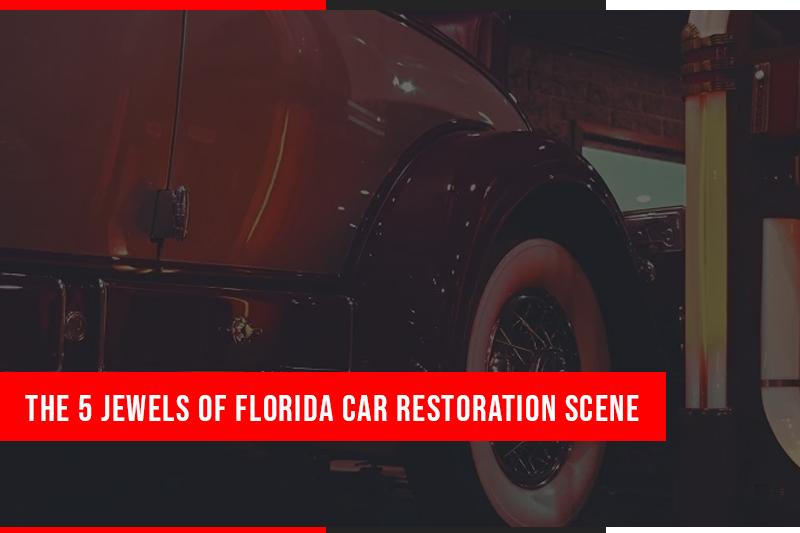 Let’s have a look at the ruling muscle car of all time. The Mustang single-handedly kicked off the pony car segment in the ’60s and accelerated the muscle car arms race, unlike any other muscle car could. In the first five years of being on the market, Ford sold over 2.5 million of the Mustang cars, which means there must be plenty of surviving Mustang cars with their spare parts being available in the market. But if you’ve got an old muscle car in South Florida that you can’t wait to restore in all its glory, you’re in luck. Many car restoration shops in South Florida sell replicas of the classic Mustang’s sheet metal, and many more companies will sell you brand new factory-spec interiors, including hardware. Astonishingly, almost every part of these vintage muscle cars are still being manufactured so that you can easily do the restoration of the muscle car in South Florida. Thanks to Florida’s Car restoration culture, it has made it incredibly easy to restore a muscle car into its former glory.

It might not be part of the ’60s muscle car era, but the ’57 Chevy “Fuelie” was one of the most popular classic muscle cars available in the South Florida car restoration circuit.

Additionally, the ’57 Chevy made headings last decade when companies started selling the restored versions of Chevy but built from new, replica parts. If you spot an old Chevy being sold at any car restoration shop, roll up your sleeves because, with some elbow grease, deep pockets, you can successfully turn your V8-powered hulk into a 270 horsepower straight-line rocket.

The Mustang may have been the first pony car for some car fans, but the GTO was the first proper muscle car. Pontiac might be long-gone, but its iconic performance car has not. The dominant GTO was the true king in the ’60s, and today companies including the muscle car restoration shops in South Florida are as well-equipped with parts as a Pontiac dealership back in the summer of 1969. But be careful that the GTO was way more expensive, valuable, and worth collecting than the Mustang and Camaro, so expect to pay a little more of a premium amount for the muscle car restoration in South Florida.

Talking of clones, between 1968 and 1972, Chevy sold over one million A-bodied Chevelles, with nearly 100,000 of them being the go-fast SS variants. These days, it seems like every Chevrolet Chevelle present at your local car show is not only an SS but an SS 454, complete with the iconic “Cowl Induction” power bulge. The muscular car appearance of the A-Body has made it a car enthusiast’s fantasy for decades. As an outcome of that, finding spare parts for these muscle cars has never been a problem in various muscle car restoration shops of South Florida.